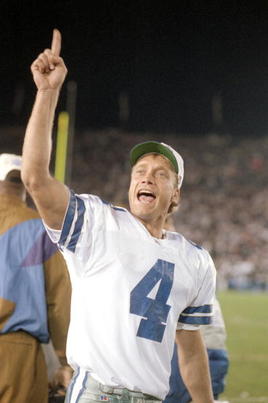 Mike Saxon is a former American football player. He had an 10-year career in the National Football League from 1985 to 1995 as a punter. He played in Super Bowl XXVII as a member of the Dallas Cowboys against the Buffalo Bills. Saxon was drafted by the Detroit Lions in the 11th round of the 1984 NFL Draft. 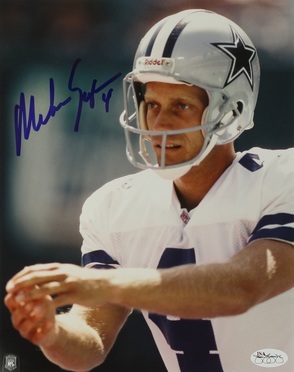 Early years
​Saxon attended Arcardia High School before playing for Pasadena City College, where he was a two-time All-Metro Conference selection.
He walked-on at San Diego State University in 1982 and was named the starter at punter. He lost his job after struggling with his production, but regained it in the tenth game of the season against Brigham Young University, setting a school record with an 80-yard punt. He finished the year with a 41.8 yards punting average.
As a senior he received Honorable Mention All-American and second-team All-WAC honors, after registering school records with a 45.5 season punting average and a 54.9 yards average in one game (against Brigham Young University). He left with the school records for best career average (43.5), best season average (45.5), best game average (54.9) and longest punt (80 yards).

Detroit Lions Saxon was selected in the 11th round of the 1984 NFL Draft by the Detroit Lions and was waived on August 27, 1984.
Arizona Outlaws On October 27, 1984, he signed with the Arizona Outlaws of the USFL and was released on February 11, 1985.
Dallas Cowboys In the 70's and early 80's the Dallas Cowboys had the luxury that they didn't need to carry a punter on their roster, because quarterback Danny White could perform that task at a high level. In order to avoid a potential injury to White, the team kept searching for a replacement until signing Saxon in 1985. In his first year he finished with a 41.9-yard average, best by a Cowboy in 16 years and best by a rookie in franchise history.
Every year he was among the league leaders in punts downed inside the 20 yard line. In 1991, he tied for fourth in the NFL with a career best 36.8 yard net average.
Saxon was waived on July 7, 1993, after being on the winning team in Super Bowl XXVII.
New England Patriots In 1993, he signed with the New England Patriots and averaged 42.4 yards per punt. He was released on August 20, 1994
Minnesota Vikings On August 28, 1994, he signed with the Minnesota Vikings. In his two years he averaged 42.9 and 40.9 yards respectively. He was cut on August 26, 1996.
​
Powered by